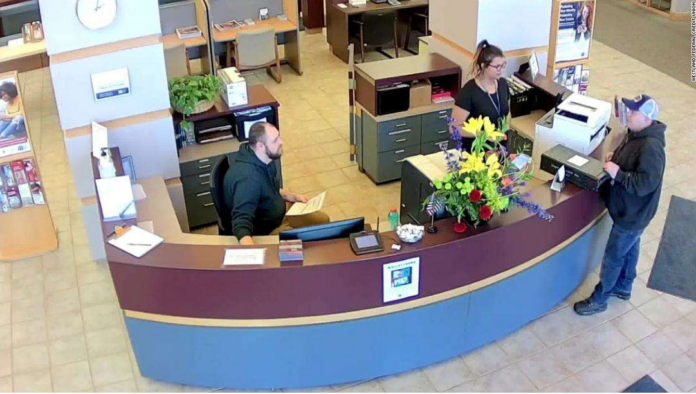 This article by Caroline Catherman and Christina Zdanowicz was originally published on CNN. View it here.

Imagine you found thousands of dollars on the ground. Would you keep any of the money?

George Condash discovered a box of cash outside an ATM at a Michigan credit union on Tuesday. He put the money in his car and drove away, as the security video from the ATM showed.

What the video didn’t show was that Condash was parking his car at the Westland Federal Credit Union. He then walked into the credit union with the cash and placed it on the counter.

“I said, ‘Is there a reward for $40,000?’ And I put it on their counter and they just looked dumbfounded,” Condash said in an interview with CNN affiliate WDIV.

Security video obtained by WDIV shows an armored security guard unloading several boxes of cash from an ATM but leaving a box by the side of the street. Twenty minutes later, video shows Condash getting out of his car to inspect the box. He saw a tag that said “$40,000,” according to WDIV.

It turned out there was only $27,000 left inside of the ATM, but the bank said it still rewarded Condash with an undisclosed amount of money.

“That was a lot of money that could have resulted in a significant loss, and we just wanted to give him a token of our appreciation,” the bank’s cash manager Alicia Stewart told CNN.

Stewart said that if Condash had not turned in the cash, the bank would have called the police, and tracked down his car license plate through ATM footage.

“I would hope that the average person would turn that in, but not everybody thinks that way,” Stewart said. “Not everybody is cognizant of the cameras around them.”

Condash has faith that there are other good Samaritans out there.

“It’s not mine and any honest person, I would hope, would take it back in,” Condash said.