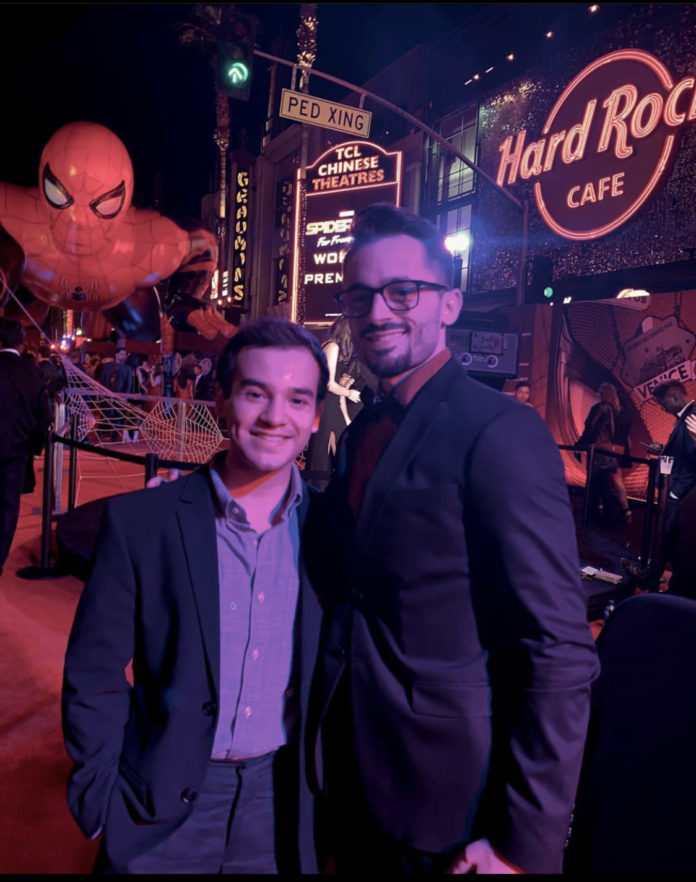 Brad Lambert, an LA talent manager, producer, and speaker, surprised 3-time cancer survivor Mateo Coka with a once in a lifetime dream trip to the Spider-Man: Far From Home World Premiere in 2019. The video of the experience was released on Friday in celebration of the one year anniversary of the occasion, it has received hundreds of thousands of views collectively so far.

After speaking at an engagement at NC State University, Lambert was connected to Mateo Coka, a college student pursuing a career in film. Brad Lambert learned more about his story of survival and knew he wanted to plan something special for him. Coka was diagnosed with cancer three separate times throughout his childhood, and every time he was told he was not going to live. During his battle with cancer, his love for Spider-Man is what carried him through his toughest times and brought him happiness when he needed it the most.

Through his work and connection to Marvel Studios and Sony Pictures, Brad was able to surprise Mateo with a once in a lifetime experience. Mateo thought he was just going to see some exclusive never-before-seen footage in a private screening room in Los Angeles when Brad shocks him with the news that they are actually going to attend the Spider-Man: Far From Home World Premiere that night! Mateo’s reaction that follows is absolutely priceless…

Brad Lambert’s talent and studio associations include Walt Disney Studios, Marvel Studios, Warner Bros. Pictures, Sony Pictures, Universal Pictures, Gary Vaynerchuk, Chris Hemsworth, Robert Downey Jr, The Russo Bros., the Pittsburgh Steelers and more. He is extremely passionate about personally helping people see their dreams turn into reality and has many other stories just like this one. His mantra is to ‘lead with kindness’ and he sums it up perfectly at the end of the video with the statement, “Now more than ever, we must be kind to one another.”